Like a Cymande from Kenya…. super fresh from AFRO7
– Gilles Peterson BBC6 Worldwide

The Black Savage band came out of the Duke of York school in Nairobi, the group had prominent members like renowned world musician Job Seda (Ayub Ogada) they released one album on EMI East Africa in 1975 and three others singles, two in 76 and 78, and one in the early 80s. This LP (CD inside the jacket) is a compilation with half of the album and two of the singles.

The music is somewhat rock hybrid with politically fueled lyrics and funky undertones and even folkloric at times, drawing influences from Deep Purple, Pink Floyd to Mandrill and Ohio Players – It’s a must listen! 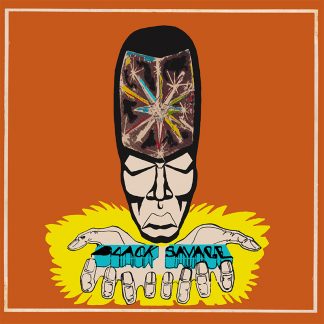