View cart “High Risk” has been added to your cart.

A unique musical experience that is oozing the spiritual freedom of the early seventies in a creative mixture of jazz, folk and blues – all fuelled with political lyrics.
From an all-female band consisting of Virginia Rubino (of BeBe K’Roche fame) on keys, Cyndy ”Cynth” Mason Fitzpatrick (of flutemedicine fame) on saxes and flute, Bobi Jackson on bass and Sandy Ajida on percussion. The album features 6 original tracks including the full mix of Common Woman with all 6 poems by critically acclaimed poet and author Judy Grahn, who also contributed to the new liner-notes. Limited pressing of 500 copies, comes sealed in American style paste-on cover and with lyrics and poster inside. 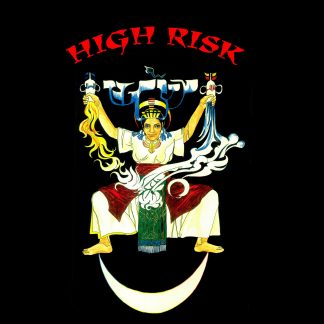