Heaven and earth are in motion with the debut album from composer and saxophonist Gisle Røen Johansen (b. 1968) an active voice on the Norwegian jazz scene since the mid-nineties. Known for his expressive tone in groups like Element and Jazzmob, Kveldsragg is the first release under his own name. The album features top players from the nordic jazz currents including members from Bushman’s Revenge and Element; Even Hermansen on guitars, Rune Nergaard on Electric Bass and Ingebrigt Håker Flaten on Acoustic Bass and ECM signed Gard Nilssen on drums. With special guests Bob Hoffnar on pedal steel, wordless vocals by Mona Julsrud and vocals, lyrics by Harald Tusberg Jr.

The melodic tour-de-force of Kveldsragg that occupies the whole first side showcases Johansen’s post-bop background, in a multi-layered harmonical approach. While the B-side Morrasol is a new dawn, the album finishes with the haunting and beautiful voice of Harald Tusberg Jr. who’s lyrical tribute to the deciesed fellow musicianJon Klette will leave you mesmerized. 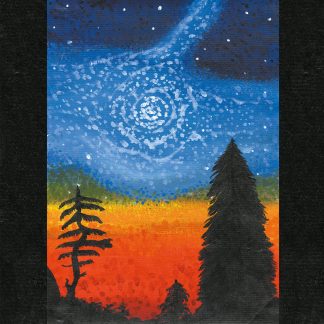