View cart “Christian Reim Trio LP” has been added to your cart.

“Throughout, Reim is in fine fettle. Six distinctive Reim originals are rounded out by a fine, lightly swinging version of Ennio Morricone’s Once Upon A Time In America, a meditative rubato reading of the beautiful – and very moving – Swedish Christmas traditional O Jul Med Din Glede and the uptempo, delicious “walking” variations on a theme by Richard Nordraak (the 19th-century Norwegian composer of his country’s national anthem). A lovely and lasting release.” – Michael Tucker / Jazz Journal.co.uk

Christian Reim (b. 1945) has played jazz since the late 50’s, his merits list is long but how many can price themselves with having played both bass and piano with Dexter Gordon?
That was back in the day but with this new release, different generations meet over Christian’s colorful, deeply personal lyricism.

The first four songs were recorded in the autumn of 2001 in two sets, one with Harald Johnsen (b.1970 – d.2011) on bass and Jarle Vespestad (b. 1966) on drums. Two years later, in the summer of 2003, it is Ingebrigt Håker Flaten (b. 1971) on bass and Håkon Mjåset Johansen (b. 1975) on drums. The recordings were made in Christian’s home studio at Frogner in Oslo with Martin Abrahamsen as the sound engineer.

The repertoire of 9 songs consists mostly of Reim’s own songs, but also the famous jazz version of Norways national anthem ‘Ja, Vi Elsker’ The traditional christmas song ‘O Jul med din Glede’ and an interpretation of Ennio Morricone’s ‘Once Upon A Time In America’ 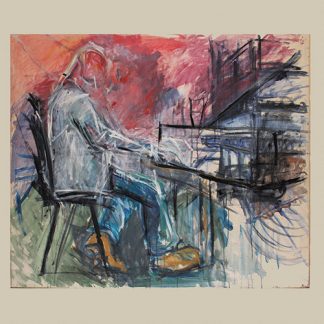